My team is made up of amazing people who live and work in Topeka! They are sure to add some fun and knoweledge to The Topeka Newsletter! 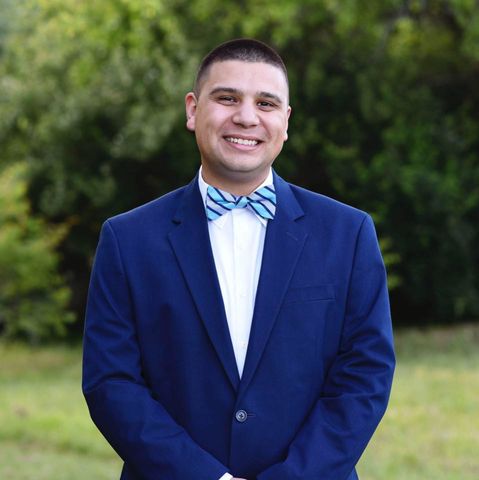 Desmond Henry is a CERTIFIED FINANCIAL PLANNER™& founder of Afflora Financial Life Planning, a fee-only financial planning firm in Topeka, Kansas that specializes in working with women, retirees, & clients in their 20s & 30s. Desmond has been quoted in U.S. News & World Report, Yahoo! News, TK Business Magazine, & recognized as one of Topeka’s ‘Top 20 Under 40 Business Leaders’. 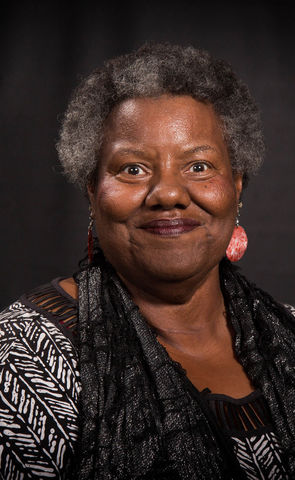 "In a Flash" - By Annette Hope Billings

Annette Hope Billings is a Topeka ArtsConnect Arty award-winning poet dubbed by her fans as "Maya of the Midwest." Her body of work includes poetry, short stories and plays. A nurse for decades before becoming a full-time writer, her deep penchant for caring comes through clearly in her writing. Her previous books include "A Net Full of Hope" (2015) and her recently published, "Descants for a Daughter." Her work has also been included in several anthologies of poetry and short stories. Website: http://anetfullofhope.com/Facebook.com/anetfullofhopeTwitter: @annettebilling3Amazon: tinyurl.com/anfohbookYouTube: tinyurl.com/anfohvideos 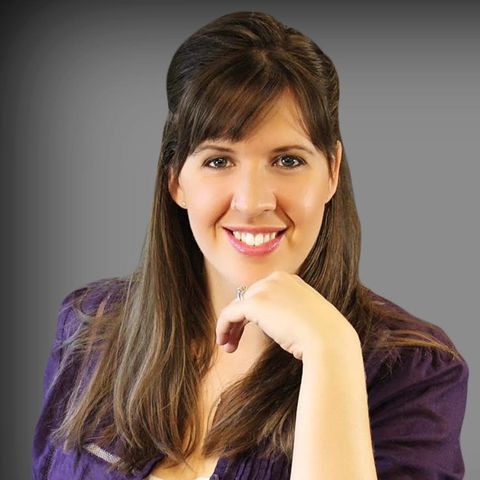 Robin is a born and raised Topekan who, as a youth, always thought she'd go far, far away from Kansas.  As an adult, Robin has discovered so many wonderful things about this community that make her proud to be rooted in Topeka. :)  Ever the performer, Robin spends a fair amount of "free time" volunteering on-stage, backstage, and in other capacities with Topeka Civic Theatre & Academy and with the Ad Astra Theatre Ensemble, a budding grassroots theatre company in the area.  When theatre isn't consuming her free time, Robin enjoys family bike rides, pretending to garden, singing lullabies to her babe, doing laundry (does one really enjoy this?) and supporting her husband in his hobby: UAV & Drone building!  There is never a dull moment in the Bonsall household. :)

Robin and her husband, Graham, have been blissfully married since August of 2009.  In 2013, they successfully brought a tiny human into the world. He has been terrorizing the family chihuahua, Joplin, and changing Robin & Graham's view of "the world" ever since.   LoveTopekaHomes.com 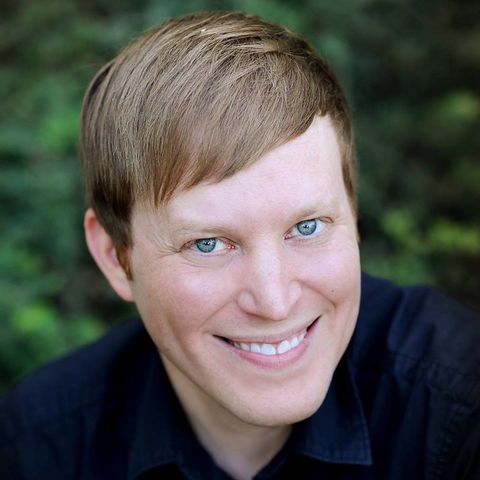 Chris was born and raised in Topeka.  He is a graduate of Shawnee Heights High School and he attended Washburn University where he earned his B.A. in Theatre. In May of 2002, he opened Field Of Greens restaurant in Downtown Topeka. It wasn’t long before his family started getting even more involved in the company, which was the catalyst that grew his dream to include the opening of The Break Room and The Gourmet Cabaret Theater. Chris and his family were recently honored by Topeka Civic Theatre when they were presented with the prestigious Waldo B. Heywood award. In 2011, The Jayhawk Area Council of the Boy Scouts named Chris as one of the 20 Under 40 business leaders in Topeka. Chris is the creator of GabLocal.TV and serves as the President & Executive Producer of its parent company, Tinkham Veale Creative. 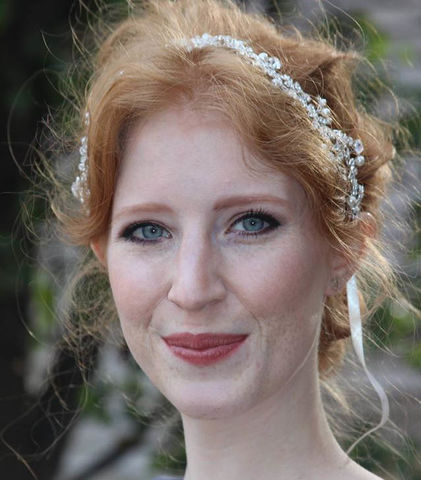 Chelsea Howe is an award winning comic strip artist whose work has been published on a collegiate level. Her work has earned her first place in comics in 2013, second for online comic content in 2014, first place in illustrations in 2015, and second in infographics in 2016 at the Kansas Collegiate Media Conference. She was also the 150th Washburn University Yearbook editor-in-chief which took silver at state in 2016 and also won her the Most Outstanding Student Media Award for her hard work and dedication during Washburn's 2015 Mass Media Banquet. Her graphic design talents know no bounds, from designing play/musical posters and programs for well known local establishments, a jazz concert series and an award winning director, to the posters advertising local Topeka fundraisers, such as the 2014 Downtown Adventure Race Topeka. Her vast versatility extends to privately commissioned local business logos, short notice clip art and page layout for the award winning Washburn Review and Bod Magazine, and graphic assets for the local TV show Talk About Topeka. Her work has also been featured in juried shows at the Mulvane Art Museum.

In 2016, for the beginning of TPACs 25th Anniversary season, she won their public logo competition amongst all other entries and is excited to see all the new shows with her reward of season tickets.

When she's not working on graphic work she can be found exercising, sewing, foam armor crafting, playing Destiny, or catching up on her shows on Netflix.  http://manualjump.wixsite.com/portfolio/about-me 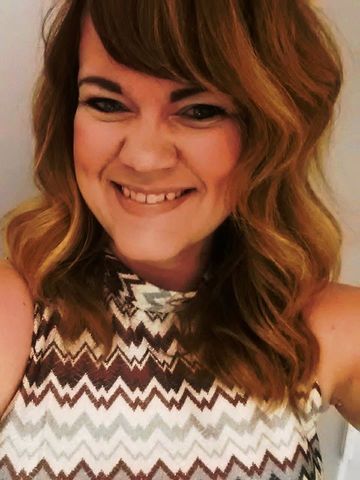 Cathing Up With Kristi

Kristi Pankratz is the Director of Safe Streets and Prevention Services at Prevention and Recovery Services (PARS) in Topeka. Safe Streets is dedicated to creating a healthier community by addressing crime through prevention education and citizen empowerment. Programs include Neighborhood Watch and National Night Out, among others. Kristi is an experienced public relations administrator who has served the Topeka community in public service roles for the past 15 years. She has a background in public safety, public health and prevention. Prior positions she has held include: spokesperson for the Topeka Police Department, Communications Director for the Kansas Department of Health and Environment and Community Prevention Specialist for PARS. She is a Topeka native and graduate of Washburn Rural High School, Tabor College in Hillsboro, KS and Washburn University. 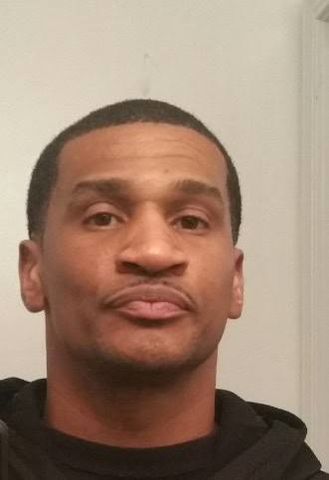 History
I’d like to say I fell into this business, but the reality is this business called me.
I worked at a local gym here in town as a personal trainer in 2011.
I really enjoyed the training aspect of my job and working with people. I just didn’t appreciate how the company mistreated their clients. The lack of listening of clients need and wants. I chose to provide a service that clientele would be able to benefit from physically and still be economically feasible. In August of 2011 Total Fitness Body was born.
Purpose
The purpose of this company is to promote healthy lifestyles and provide fitness training and nutritional education to all age groups and all fitness levels including beginner, advanced, and or professional. Our focus is on safety first and always. Provide first class training and face to face customer service, the attention to these details have set this company apart from all the rest.

Background
I am a current Sergeant and Combat Medic in the United States Army. I have been an EMT for 11 years and a Certified Personal trainer for 6yrs. I have played all physical sports and have received advanced training in all of them. Some of the sports would include football, basketball, volleyball, baseball, tennis, softball, track wrestling and Jiu-jitsu just to name a few.

So while I will definitely kick your butt with a great workout, I will always keep your safety as my number one priority.
Services:
Weight loss and strength conditioning
Post rehab transitional therapy
Body building
Sport Specific Athletic Training 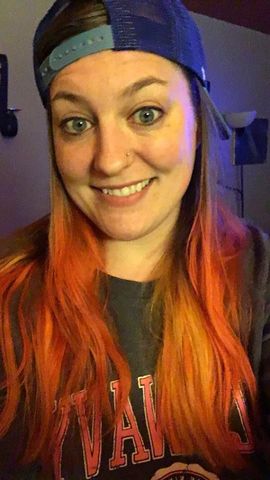 Tricia Peterson is a Kansas native and Washburn University graduate who loves living in Topeka. At Washburn she studied Mass Media and from there began her local food review blog, Tasting Topeka. She grew up north of Topeka in the small town of Mayetta where she graduated from Royal Valley.  Now she owns a small catering company, 2 Chefs Catering and runs her blog from home. Tricia enjoys reading fiction, studying history, going to see live music and writing about food and entertainment. 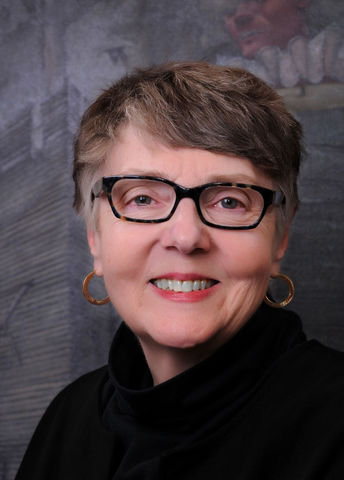 The View From my NOTO Studio

Barbara Waterman-Peters Barbara Waterman-Peters, (BFA, Washburn University, MFA, Kansas State University, Honorary Doctor of Fine Arts, Washburn University) whose award-winning work is in museum, corporate and private collections, is represented by several galleries. She was a founding member of the Collective Art Gallery (1987-2014) and is a charter member of Circle of 7.  She has shown regionally, nationally and internationally in over 250 solo, invitational and juried exhibitions.
Waterman-Peters taught at Washburn and Kansas State Universities as well as Lassen Community College in California.  Currently, she writes about art and artists for TOPEKA, LAWRENCE and KANSAS! Magazines. She also writes an “Artist of the Month” online for TOPEKA Magazine.
She has received a Certificate of Recognition for Outstanding Achievement from the State of Kansas and the Monroe Award from the Washburn University Alumni Association. In 2011 she was awarded the ARTY for Distinguished Visual Artist from ARTSConnect in Topeka.
For many years, Waterman-Peters has been the staff artist for the Andrew and Georgia Neese Gray Theater at Washburn University.
She served on the Quality of Life team for Heartland Visioning part of which then became the original NOTO Board.  In addition, she served as co-chair of the CREATe group, another facet of HV. In 2010 she became the first Core Artist in NOTO, founding STUDIO 831.

I will add my stars to the page, as I meet with them! Check back to see who will be helping make this newsletter come alive!