Behind the scenes with Kim

Behind the scenes with Kim - Chiefs Parking 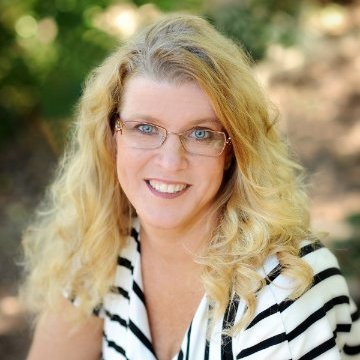 Behind the Scenes are blogs about event that have happened to me and I have taken the time to either write about it or send an email expressing my experience to the owners/company! We all experience really good or really bad situations and I am known to send emails informing companies of these happenings. As a business owner, I believe that most want to know how their employees or system is working or failing. Problems can't be solved if they are kept a secret. Awesome employees do not always get the recognition they deserve.

The end of baseball season and summer can only mean two things, cooler weather and Football! It wasn't until four years ago that I really started enjoying football. I met a season ticket holder that lives in Atlanta, GA and he let me buy the games he couldn't attend, The first three years, I went to 4 or 5 games. 2017-2018 season, I only purchased 2 games due to the new parking price. I only have so much in my budget and when parking costs as much as your seat, I can't justify that large of an expense. I am not complaining because this is my choice and running an NFL team is not cheap but I attended seven KC Royals games and their parking is $15 compared to $60 for Chiefs’ parking. My tickets to the Royals game cost about the same it not a little more than my Chiefs tickets. My interpretation is that ticket, food, and retail sales are on the decline so they need to make it up some how. They know that tailgating before is almost bigger than actually watching the game. Regardless, my budget is set and they will only get so much money from me.

The price of parking leads us to the next part of this blog. Thousands of games and events have taken place at the stadiums. This makes me wonder why parking can still be so horrible! Two years ago, Rolling Stones concert, we were trapped in 435 for over an hour due to inexperienced stadium drivers and lack of signs and instructions. I spoke with Arrowhead about the mess and they explained that they were new to this type of event parking. We shared some ideas. Fast forward to September 17, 2017. Stranded again on 435 for an hour. I-70 traffic is moving smoothly and we are stuck. I could go into how this could be avoided but this isn't the main topic of this blog.

We finally make it to the parking lot and we are herded like cattle through parking lot N to a muddy field. We walk through the mud to lot N and start to notice empty parking spots. I begin to take pictures but quickly realize photos won't do and turned on video. Smartphones have changed this process. Video is so convenient.

Tons of empty parking spots. A Complete failure in the eyes of someone who paid $60 to park in the mud. Also to those fans who paid for multiple spots to set up their tailgate party. I know our group pays for at least three extra spots.

How could this happen? As cars enter the lot, the parking lot attendants should guide you to the first row and begin filling ALL the spaces. If this would have been the case, I guarantee, not many cars would have had to parked in the mud.

I consider the parking lot as its own business entity. Each parking spot is worth $60 and each spot should be occupied before they send you into a muddy field.

As of October 10, 2017 the Kansas City Chiefs had not responded to my email.  Below is the email that I sent them.

Behind the scenes with Kim - New Car????

Behind the Scenes are blogs about event that have happened to me and I have taken the time to either write about it or send an email expressing my experience to the owners/company! We all experience really good or really bad situations and I am known to send emails informing companies of these happenings. As a business owner, I believe that most want to know how their employees or system is working or failing. Problems can't be solved if they are kept a secret. Awesome employees do not always get the recognition they deserve.

What happens when a car lot thinks it is time for you to trade UP?

In 2013, my 1997 Mazda MPV amazing 4-wheel drive van let me down! The cost to continue to fix the van started to get out of control, so the week before Thanksgiving, started looking for a new car online. I fell for the new style Ford Escape. I test drove one in Topeka but couldn't find the features that I wanted. They tried to sell me a new 2014 but it was not in my price range, and was lacking most of the features that I wanted. So when I found a car, it was in KCMO at Metro Ford. My friend Shelly was actually at her parents for Thankgsgiving and I had her go and test drive the car with her dad! She approved so the following Monday, I made a trip to KCMO to give the car a drive and fell in love with it. However, I didn't realize how awesome of a car I had until Metro Ford started contacting a year ago about trading my car in for a new one. They claimed that they could get me in a new car, for the same car payment, I currently have. This interested me. I wasn't sure how they would accomplish this but I was intrigued. They happen to actually call when I was able to answer the phone and so I scheduled an appointment for 2pm on Saturday.

I arrived at 2pm but my salesman told me that he was currently with another client and apologized and then told me to go look at the 2018 Ford Escapes in the lot. He said, two of them would fit my criteria, well kind of. I went outside to check out the cars and they were all locked. So for about 10 minutes I looked in windows and walked around. Then I went inside for another 5ish minutes until he was ready to meet. We then discussed all the features that I wanted and he was sort of surprised that my car was so equiped. I told him that they spoiled me with my 2013, because I hadn't wanted most of the features but now, I can't live without them.

We sat down and started talking money and he now wasn't sure that even with rebates, I would find a new car with all the same features as my old (2013) car. I asked him what they would give me as a trade in for my car and he said, they thought about $7400. I owe $4000. So that means $3400 and a new car is around $32,000.  When I purchased my car, the price was $24,000 plus extended warranty cost and I put $12,000 down and got a loan for $15,000. Once he said, my car was worth $7400 I knew that a new car was not a possibilty and I think the saleman also thought so. He started to try to get me to want less features. I told him that buying a new car, isn't really the smartest thing to do since my car was $36,900 on the original sticker price and 24,000 miles later and 11 months, the price was $24,000. So then we ventued to the used car lot. 2014 in the lot with not all my features and with less miles, $17,000. Remember, my car is worth $7400. Once we realized they didn't have anything used we went back in and they decided to take my car for a ride and give me a real trade in price. They wanted me to test drive a car but I it was already 3:20 and I had other plans. We did go sit in one of the new cars but the car had cloth seats and I wanted leather. Why? Well, I workout a lot and am often sweaty and didn't want my seats to get all gross. One of the other salesman laughed when I said I don't smell very good when I leave the gym. He said, I was the first to admit that I stink when I leave the gym. I replied, "If you spell good when you leave the gym, are did't do it right." They laughe and said, I needed to put that on a shirt. Then the sales manager started talking to me and said that he believed that with a trade and rebates they could make the deal work. My saleman told me that Ford wasn't putting the garage door openers in Escapes. This was not true, since the new car on the showroom floor was my exact car but 2018. Sticker price was $36,900. I told him to tell the people who buy that car, I would buy the car from them in two year! HAHA.  I laugh, but I was being serious! They told me they would come up with a trade in price and contact me the next week. It has been a few weeks and no phone call.

I am not your typical customer because, I know what I want. I also know what I can afford. The saleman should have known all the features of my car, since I purchased it from them. My car is awesome! It was still nice to go and see just how awesome my car is!  I did look up the value of my car and Kelley Blue Book and it says $10,000-$12,000. So, I guess I will wait until next year and then see about finding a new car. Mine will be paid off by then and I am sure it will be worth more than $3400.

Thank you for your support!